It could be easy for those of us in the UK to gloat at not living in a country where the increasingly vile Donald Trump has seemed more and more likely be one of the two main candidates running for President next year. (You know, when we’re not reading about his latest outburst and have to stop ourselves from biting our fists or shaking our heads to the point where we’re giving ourselves migraines.)

The prospect of President Trump still feels too surreal to be a possibility – not least since 61% of voters said they would never vote for him. However, a primary concern is that his call for a “shutdown” on Muslims entering the US – as well as other bizarre proposals – is toxifying the overall debate and shifting it to the right, so much so that he is openly being called a bigot and racist by respected publications such as the Washington Post.

Media runs pictures comparing Donald Trump to Hitler: Donald Trump is being compared to the most evil man in m… https://t.co/zsMrzgRnva

Say it: Donald Trump is a bigot and a racist https://t.co/huZ5mYpFjs

Whatever its faults – and there are a good few of those – this seems as good a time as any to be grateful for the system of government we have here in the UK: well, so long as you’re not a fan of pint-loving, populist politicians named Nigel.

If you’re after a reason why, then it’s this: if we had something more akin to how the US works, then 2015 may have seen the distinct possibility of President Farage being elected.

After all, what was it that brought Ukip down earlier this year, when they threatened to cause substantial political upheaval? Arguably, it wasn’t the leader himself: instead he had to watch as members of his party made blunder after blunder, weakening his position to the point where he was ultimately humiliated in May’s General Election – his inability to become an MP not helped by having to campaign for his party rather than being able to focus solely on winning South Thanet.

However, if he had “merely” been going for a Presidency, he could have continued to gleefully ride the Cult of Personality which swept him to umpteen Question Time appearances as well as a media prominence which greatly exceeded the influence of his party within the Houses of Parliament.

Imagine if the situation had been different. Running to become the Conservative candidate he could have exploited the dissatisfaction of that party’s voters with the “compassionate conservatism” of David Cameron, and used the immigration issue in a very similar manner to how Trump has employed it in the US – both to grab attention and to garner the substantial support of the so-called “silent minority”. 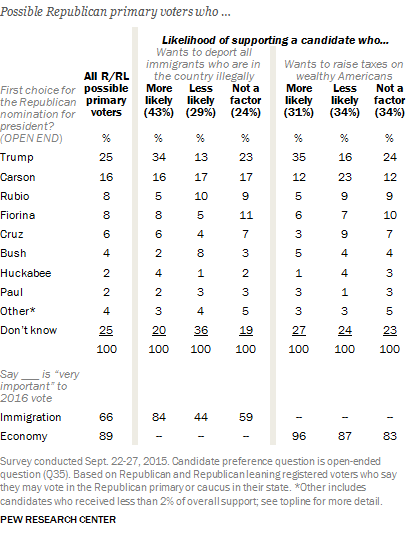 Image from The Atlantic

Now, you could say that running for a Presidency suits raving-yet-crafty egomaniacs, and you might then say that few better fit the bill than Farage and Trump. Whatever the case, while the latter revels in another day of outraged headlines and free publicity, the former is licking his wounds after Ukip got trounced in last week’s Oldham by-election – and making some fairly embittered accusations.

As a veteran of over thirty by-elections I have never seen such a perverse result. Serious questions need to be asked.

Evidence from an impeccable source that today's postal voting was bent.

Farage appears to be aware that his chances of glory are slimmer than ever, as he lives in a country where his party managed to attract four million votes and yet have only one MP. Ironically for someone who has such a publicly expressed disdain for immigration, he may well have been better off if he plied his trade on foreign shores.

Meanwhile, as well as having a wealthy family background it seems that an accident of birth has also placed Trump in the right place at just the right time. If you’re a religious person it might be time to begin nervously peering over your shoulder, just in case the end times are looming…